OUT in the line-up DVD 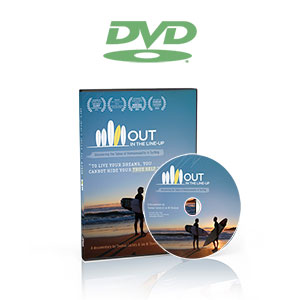 An award-winning documentary exposing the taboo of homosexuality in surfing

OUT IN THE LINE-UP – Trailer from Gay Surfers on Vimeo.

Two gay surfers embark on a global journey to uncover the taboo of homosexuality in surfing. They become part of an emerging community prepared to step out of the shadows of secrecy and create a more open and accepting surfing culture.

» OUT in the line-up BLURAY