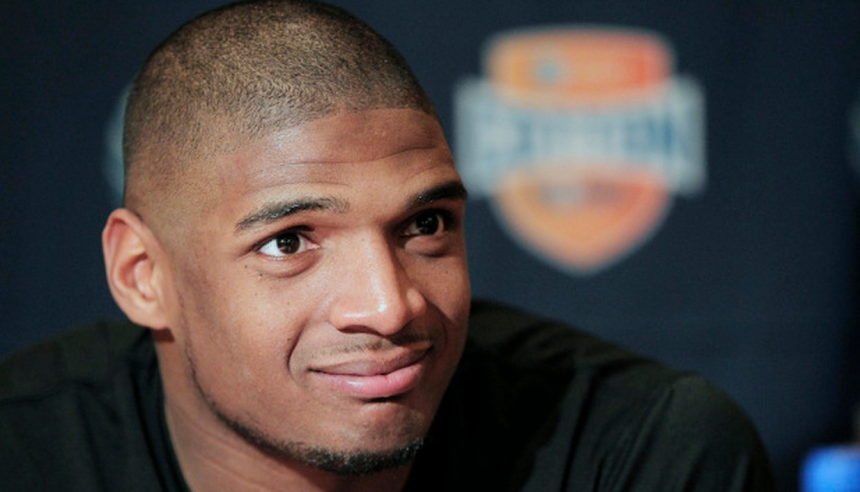 Minutes after NFL Draft prospect Michael Sam announced he’s gay, Sports Illustrated ran an article in which several anonymous people working in the NFL threw cold water on the news. It’s a sobering reminder that the environment Sam is about to enter isn’t entirely supportive of gay players.

The most horrible quote came from an unnamed NFL player personnel assistant, who said:

“I don’t think football is ready for it just yet. In the coming decade or two, it’s going to be acceptable, but at this point in time it’s still a man’s man game. To call somebody a [gay slur] is still so commonplace. It’d chemically imbalance an NFL locker room and meeting room.”

The phrase “chemically imbalance an NFL locker room” is patently ignorant, and it’s pathetic that he’d voice that sort of bigotry while hiding behind anonymity.

Another person in the article, an assistant coach, called Sam’s decision “not a smart move.” SI reports that “multiple executives” questioned the decision to come out as well.

In all likelihood, Sam will become the first openly gay NFL player when he’s drafted in April.

Sam came out to his Missouri teammates before the 2013 season. They supported him, and the team went 12-2 in the SEC. There were not locker room issues.

The NFL released the following statement in support of Sam:

“We admire Michael Sam’s honesty and courage. Michael is a football player. Any player with ability and determination can succeed in the NFL. We look forward to welcoming and supporting Michael Sam in 2014.”