Caught Inside: The taboo of being a gay surfer

Wednesday 28 May 2014, 12:26 | Blog | Leave a Comment |
There are still some subcultures where being gay can be tough. And it turns out that the world of surfing may well be one of them. The Feed meets three gay surfers who have all recently come out and say homosexuality in surfing is still a taboo.

It’s a national sport that close to 2.7 million Australian’s enjoy yet if you head down to a beach chances are you won’t meet many openly gay surfers.

David Wakefield is a former competitive surfer and state surfing champion. Dave knew he was gay from his early teens but didn’t feel like he could come out to the surfing community.

When Dave was growing there was a lot of negativity towards homosexuality in the community – so he made the decision to keep his secret from the surfing community.

“It was a really different world back then and people thought differently about the idea of people being gay,” says Dave. “There was an enormous amount of shame involved in what I thought was a weakness in me.” 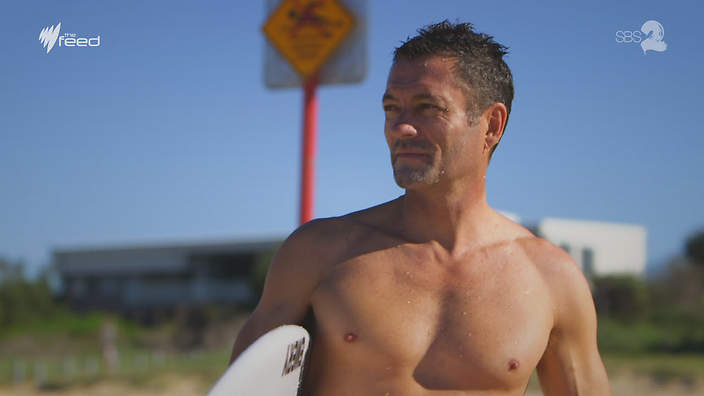 David Wakefield knew he was gay from his early teens.

After many years in the closet Dave decided to look for other surfers who were gay. He came across GaySurfers.net – an online community for gay surfers. It was on the Gay Surfers website that Dave found a community of people who gave him the confidence to be himself.

“I think one of the reasons it took me so long to come out [was] because I didn’t know quite how to or what way I wanted to do it,” says Dave. “Prior to that, I didn’t know in which environment I should come out or how I should do it.”

“I think everybody’s experience of surfing and sexuality is different also according to where they live. Somebody who lives on the other side of the world will have a very different experience as a surfer around sexuality than I do…”

Thomas Castets is the founder of GaySurfers.net and has recently finished a documentary ‘OUT in the line-up’ where he travelled around the world with Dave talking to other gay surfers.

Thomas says there is a clear taboo against gay surfers coming out because they are afraid of how fellow surfers will treat them.

“I didn’t even really know there was a taboo when I started the film,” says Thomas. “As we made the film, we realised how deep the taboo was and how important it was to uncover it.”

“There seems to be one thing in common to all the gay surfers is the fear of being discriminated against.”

“They didn’t all experience homophobia necessarily but they all had preferred to keep quiet about their sexuality in the line-up.” 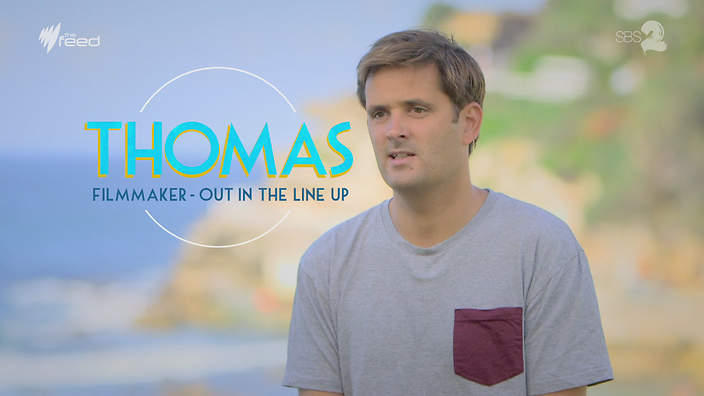 Thomas Castets says there is a clear taboo against gay surfers coming out.

Adam George grew up in a Christian home where being gay wasn’t the accepted thing. Right through his teens Adam says he kept his sexuality private and had to ‘learn’ to be with girls. He even at one time had a serious girlfriend but he always felt something was missing.

Adam also loved to surf and had a strong group of friends that he surfed with on a regular basis. But when he hit his early 20s Adam says he had to make a decision regarding his sexuality – and that decision cost him some friends.

“There was just something there that wasn’t right and I think I was about 20 when I came out,” says Adam. “I had a strong group of mates… I did that thing where I sort of pushed them away and I guess it’s just that human thing of like fear of judgement really.”

“It’s easy to control it yourself so if I was to push them away I’m in control of the situation you know.” 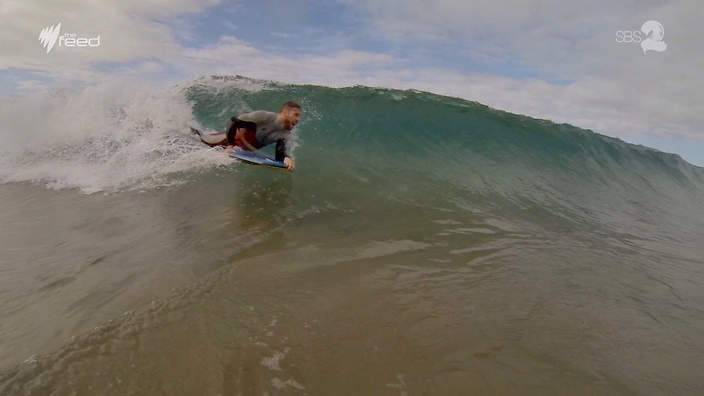 George says you have to have a thick skin in the surfing world.

Adam’s first relationship after he came out was with his best friend. He says they had a reputation in his local community because not many surfers were openly gay.

“I guess we became like pretty well known around here ’cause no one had really done that before around here,” says Adam. “We lived together, went to the beach and surfed and did the same shit as everyone else and people had respect for that. People respected what we did.”

According to Adam and Thomas there’s also an issue with the language used by other surfers. Adam says it’s something that might take some time to change.

“There’s a lot of sledging out in surfing, like you’ve got to have thick skin,” says Adam. “The word faggot has just been a derogatory term for, I guess, what we would call a loser.”

“It’s sad in a sense because… where it’s come from is calling gay people losers.”

Thomas says part of the problem is that the default assumption by many surfers that everyone is straight which makes it difficult for gay surfers to feel comfortable coming out.

“At the moment, it’s just expected that everyone is straight,” says Thomas. “When you’re out in the water and someone comes up to you and they ask you a question… there is an understanding that you’re straight.”

The difficulties with being a gay surfer even extend much higher than the amateur surfing ranks. There have never been any openly gay surfers competing on the professional tour – with only a handful of retired professionals deciding to come out.

But despite the lack of openly gay surfers – Dave is hoping that one day the surfing community will see more pro surfers come out while competing.

“I hope that surfer, when they come out, will be sponsored and retain their sponsorships,” says Dave. “I hope that everything is based around skilled level and passion and drive and commitment rather than sexuality.”

“Let’s celebrate the diversity in surfing… it’s a huge thing the ocean and it can accommodate all of humanity.”

« 2 awards for #outinthelineup in the US !! » Rainbow Award in Honolulu