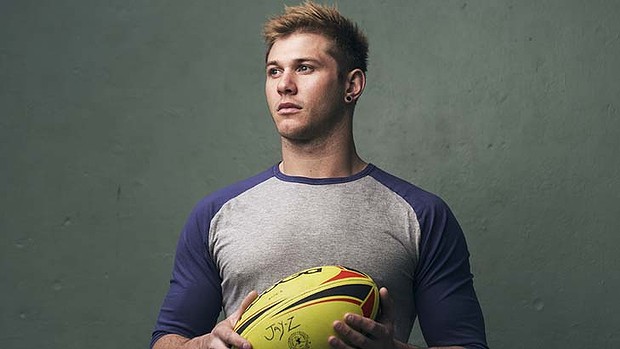 It started with whispers in the change rooms and ended with a call from his coach.

At 18, Jay Claydon had told close friends and family he was gay. They accepted him. But inside his rugby club, he didn’t feel safe coming out. He was right to be fearful.

“At training one night, people were looking at me funny. Somehow they’d found out.

“On the Friday night, I got a call from my coach saying the players had taken a vote at a meeting behind my back and they weren’t comfortable having me in the team any more. He said, ‘they don’t want you to come back.’ “

For those who wonder why Australian swimming great Ian Thorpe took so long to come out, Claydon’s experience provides some timely and painful answers.

His story forms the backdrop to an alarming new study that reveals 85 per cent of gay athletes have experienced or witnessed homophobic abuse.

In the largest survey of its kind, Out on the Fields paints a picture of a national sporting environment openly hostile to gay and lesbian participants, with half reporting they have been the direct target of verbal threats, bullying, violence or exclusion from sport.

Of those who said they had been targeted, 13 per cent suffered physical assaults.

Claydon, 25, from Alexandria in Sydney, first experienced homophobia at the club that banished him in Christchurch.

But when he moved to Australia in 2008, playing semi-professional rugby at inside-centre for Gordon, the star player found homophobic slurs were an accepted part of sporting culture. At the clubs he played for in Perth and Sydney, he felt compelled to keep his sexuality secret for fear of being ostracised.

Like many who responded to the survey – commissioned by organisers of the Bingham Cup, the gay rugby World Cup, to be held in Sydney next month – it forced him from the game he loved. It was only last year when he joined the Sydney Convicts, Australia’s first gay rugby union club, he found a team where he was free to be himself.

“It’s such a stereotype, but at most clubs they see a gay guy and think you can’t be sporty or masculine,” he said. “They think that you’re weak or you’re not as tough as them. Even when they didn’t know I was gay I’d hear the word ‘faggot’ all the time.”

The research found the most common form of homophobia was verbal, with 82 per cent saying they had heard, or been the target of, slurs such as “fag”, “dyke” or “poofter” either as players or spectators.

Backed by the Australian Sports Commission, Victoria University and the Federation of Gay Games, the study involved almost 2500 people at all levels of sport and was split evenly between gay and straight participants, aged 15 upwards.

It found homophobic jokes and casual comments such as “that’s so gay” were commonplace. One in five gay and lesbian participants had been excluded from social groups because of their sexuality.

Gay men were much more likely to be targeted than women. The study also revealed one in four straight men had been the target of homophobia.

Channel Seven commentator Brian Taylor called Geelong’s Harry Taylor a “big poofter” live on Saturday night’s pre-game broadcast. “To all of the people who thought that Brian Taylor’s comments weren’t a big deal, this research shows that homophobic language has a profound impact on our sporting culture,” said Jason Ball, the first openly gay Aussie rules footballer at any level of the game. “Until we create a more inclusive sporting culture, people will feel forced to stay in the closet until their careers are over.”

In an interview with Michael Parkinson on Sunday night, Thorpe said he had not come out earlier because he was worried Australia would not accept a gay Olympic champion.

Sixty-four per cent of gay and lesbian respondents to the survey said homophobia was more common in sporting environments than in other areas of society.

Sydney Swans ruckman and Bingham Cup ambassador Mike Pyke, who helped launch the strategy, said the survey results were disappointing. “Playing sport should be about the love and passion for a game,” he said.