Out In the Line-up at the San Diego Film Festival

Out In the Line-up screened recently at the San Diego Film Festival, one of the leading festivals to promote and celebrate independent filmmaking.

We had a good turnout with two of the cast members, and two of the production team attending, along with a few other gay surfers, friends and family members. The audience was a mix of gay and straight, surfers and non-surfers, men and women. Exactly the way it should be. They were enthusiastic and responsive to the film which led to an interesting Q&A session following the film.

Jonathan Louie and Riley Herman were both featured in the film and answered questions about their roles and the impact of speaking up for acceptance. Glenn Walsh and Don Reddin who worked on movie production and promotion covered topics about bringing the film to life.

With a Friday night screening, in a theatre in the heart of the lively Gaslamp District of San Diego – the crew celebrated the energy created by the film in style! 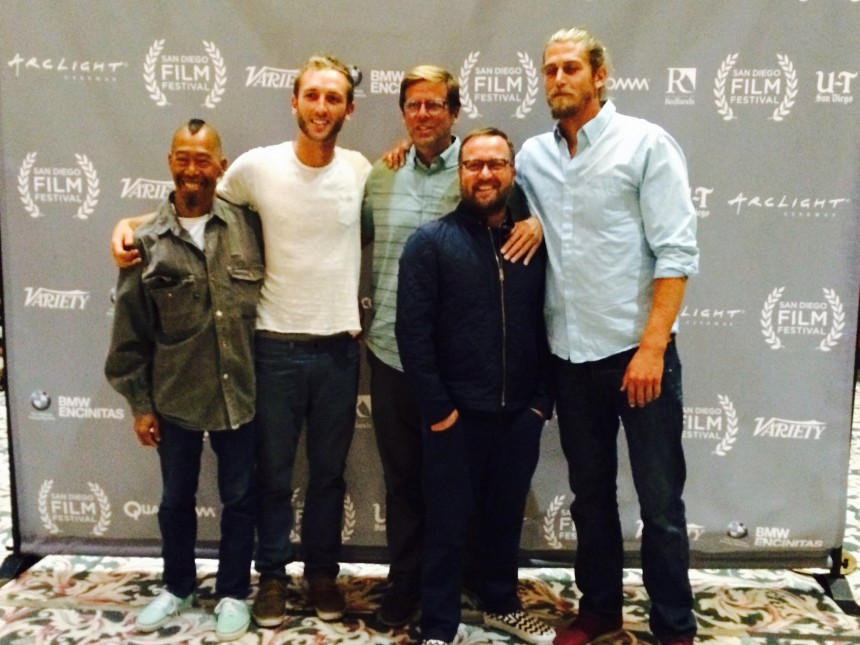