Coming Out in the World of Sports

Kevin McClatchy, who spent 11 ½ years as the managing general partner and chief executive officer of the Pittsburgh Pirates, spoke extensively with me at his home in Ligonier, Penn., about why he hid being gay for so long and about the persistent secrecy in professional sports. Here, in addition to his comments in my Sunday column, are a few excerpts from our conversation. 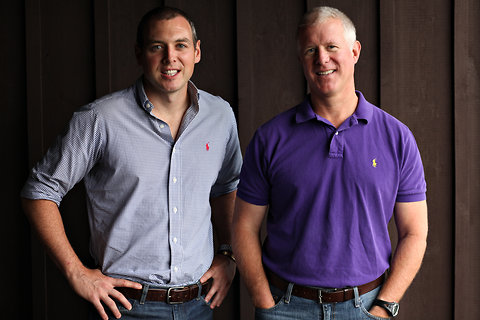 Were you an athlete before you were involved on the management side in pro sports?

I played sports growing up. It was my outlet, so to speak, in life. I grew up with a fairly significant learning disability: in the eighth grade I was reading at the fifth-grade level. Sports was my avenue. I did pretty well in sports: football, basketball, tennis and baseball.

What were some of the forces and considerations that prevented you from coming out—and kept you so secretive about your sexual orientation—during the 11 years of your stewardship of the Pirates?

When we took over, the Pirates were last in the league of revenues, last in the league of attendance, and everyone said they’re moving to northern Virginia or Atlanta . . . . It would have been, I think, a gamble at that point to come out and do it and if there had been negative reaction, we were living sort of on the edge as far as trying to gain support, gain the public trust to help us get the financing to get a new ball park that was going to keep this team here for the next 30 years. And so I was focused, I guess, on what was directly in front of me . . . I was frightened that my own personal situation could in some way jeopardize the whole franchise.

Would the other team owners with whom you interacted ever ask why you weren’t married?

Stuff like that came up a lot. I always said I was too busy with work. That was a convenient excuse that in some ways you could hide behind. Because you did work kind of crazy hours. Most people that get involved with baseball realize it’s not a 9-to-5 sort of thing.

Do you think any Pirates players and other team personnel suspected that you were gay?

I would think quite a few. Nobody would ask. Media never asked. Nobody asked. Players didn’t ask. I would get some mail that would insinuate that people heard rumors.

Did you feel it was safe, for example, to go into a gay bar in Pittsburgh?

Way too dangerous. I never went to—I never have been to a gay bar in Pittsburgh. Once, when I was in London, I went to a gay bar, and somebody said they saw me.

Somebody back in Pittsburgh?

I think it was on OutSports.com, on a bulletin board. I typed my name in once, and somebody said, ‘Yeah, I saw him at a gay bar in London.’ I was like: Wow, you really can’t go anywhere.

What made you decide to come out now?

I think, with everybody, there’s a time that feels right, and for me this was a time. My hope is that it’s going to be able to help younger kids that want to get into professional sports and feel there are still great barriers. But I think, more important than that, it needs to create a dialogue about major league sports and sort of the void obviously that exists . . . Things have changed in a positive way, but there’s still a lot more change to go. So I’m speaking up. And I’m sure people will criticize me because I came out later, and I should have come out while I was in baseball and in the thick of it. But you don’t understand what it’s like in somebody’s else’s footsteps. You don’t understand the pressures that they’re facing at that point.

Will coming out have much of an impact on your life with your partner, Jack?

To what extent do you think gay athletes in the “Big Four” sports are worried that if they come out, there will be complaints from their straight counterparts about everyone changing and showering together?

I think it’s an overrated issue as a workplace issue. If cops and firefighters and people trying to protect our freedom on the other side of the globe in the military—if they can do it, sports needs to try and get over itself. It shouldn’t be that big a deal.

Do you think the first active player in the “Big Four” sports to come out will have a really rough time?

If that player has talent and if that player can help you win, people are going to find a way to work around it. People will figure it out.