Openly gay men remain an unsurprising rarity in the insular, clannish and occasionally juvenile world of professional sport. The few who have chosen to come out have tended to do so at or near the end of their career, like rugby’s Gareth Thomas and the former NBA star John Amaechi. Consider then the courage of Orlando Cruz to announce himself a “proud gay man” in professional boxing just a fortnight before his next fight.
The 31-year-old Puerto Rican, ranked the fourth-best featherweight on the planet, is believed to be the first male professional boxer to publicly announce he is gay. On 19 October he faces Mexico’s Jorge Pazos in Florida, with a win potentially bringing Cruz a world title fight.
In a statement given to the Boxing Scene website Cruz said: “I’ve been fighting for more than 24 years and as I continue my ascendant career, I want to be true to myself. I want to try to be the best role model I can be for kids who might look into boxing as a sport and a professional career. I have and will always be a proud Puerto Rican. I have always been and always will be a proud gay man.” 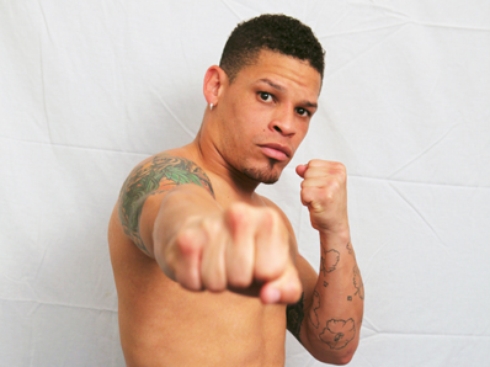 Cruz said he did not want to “hide any of my identities”. The statement continued: “I want people to look at me for the human being that I am. I am a professional sportsman [who] always brings his best to the ring. I want for people to continue to see me for my boxing skills, my character, my sportsmanship. But I also want kids who suffer from bullying to know that you can be whoever you want to be in life, including a professional boxer. That anything is possible and that who you are or whom you love should not be an impediment to achieving anything in life.”
Advertisement
Cruz, who boxed for Puerto Rico at the 2000 Olympics in Sydney, did not explain why he had decided to come out now. He has reportedly signed up for an exclusive interview with the Spanish-language US TV station Telemundo.
There have been several openly gay female fighters, most notably the American Christy Martin, one of the most famous women in her sport. She came out in the most difficult of circumstances: she was shot and beaten by her then husband after telling him she was leaving him for a woman. A gay British man, Charles Jones, boxed briefly under the ring name the Pink Pounder but he was a middle-aged architect and hobby fighter.
There have, of course, been gay boxers, some of whom came out after their retirement, such as Emile Griffith from the US Virgin Islands, a welterweight world champion in the early 1960s. His announcement came as little surprise to many inside boxing: one veteran writer, Alan Hubbard, recalled entering Griffith’s dressing room after a fight in London to see him “passionately kissing one of his cornermen”.
A recent documentary chronicled Griffith’s most notorious fight, a 1962 title bout against Benny Paret, a Cuban boxer who had, at the weigh-in, taunted Griffith as “maricon”, an insulting slang word for a gay person. An enraged Griffith unleashed such a brutal fight-winning volley of punches that Paret never regained consciousness. Griffith was wracked with remorse, saying: “I kill a man and most people forgive me. However, I love a man and many say this is unforgivable and this makes me an evil person.”
Such stories, and that of Justin Fashanu, who faced significant abuse after becoming the only English professional footballer ever to come out in 1990 and later killed himself, provide an extra disincentive to gay sportspeople.
However, attitudes towards homosexuality have moved on considerably even since Fashanu’s time and Cruz’s decision, while undoubtedly brave, has prompted few shocked reactions. Even in Puerto Rico attitudes are likely to be kinder than they might have been given that the devoutly Catholic territory already has one extremely famous gay son: the singer Ricky Martin, who has pledged to wed his partner only when gay marriage is legalised in Puerto Rico.