Battle against homophobia reaching a decisive time ahead of Sochi 2014 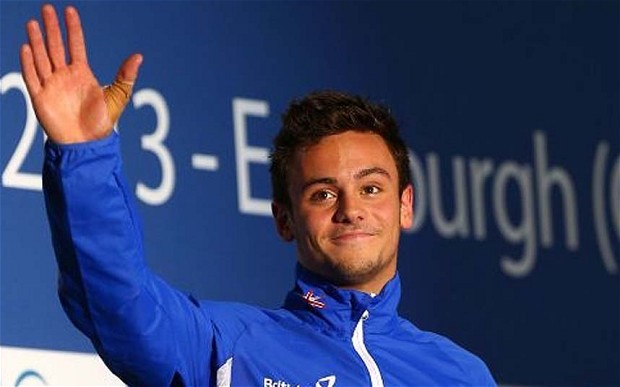 Sexual orientation will be a sporting battleground in 2014. In the country where the 1980 Moscow Olympics were a combat zone for the ideologies of East and West, the Winter Games at Sochi in February will be shaped by the struggle between homophobia and its opponents.

Two months after the BBC website ran with the headline, ‘Olympic diving star Tom Daley in relationship with man’ – following Daley’s YouTube disclosure about his private life – Russia’s attitude to homosexuals will be the unlikely focus of the Sochi Games, which the Putin administration wants to use as a showcase for post-Soviet Russia.

In his 5½-minute broadcast, Daley located with laser accuracy the point many of us feel is the most salient as people face the dilemma of whether to share their private lives with outsiders. “In an ideal world, I wouldn’t be doing this video,” Daley says, “because it shouldn’t matter.” The point of maximum tolerance might have been reached when sports stars “coming out” feel no need to make public announcements, or when the public yawn and say: “So what? It’s none of our business anyway.” But Daley’s disclosure was appropriated by those who called him “a role model” and a hero, and a section of the media who wanted to turn his relationship with Dustin Lance Black into a teen magazine love saga.

Consider this at the start of one website article below a photograph of the pair: “Tom Daley, 19, and his boyfriend Dustin Lance Black, 39, have been pictured looking cosy in Texas as they stopped for fast food. Dustin was pictured on website Just Jared proudly showing his support for the Olympian’s home country as he strolled around the city wearing a Team GB tracksuit top. Boyfriend Tom looked more incognito in a simple black jacket as they sipped on their soda drinks. In another picture on the celebrity blog, Tom sweetly shares his drink for Dustin, holding it while he sipped from his cup.” Some will say this Mills and Boon patina is one that would be applied to a heterosexual couple in similar circumstances. But it is hard not to detect an extra dash of prurience that reflects the newsworthy nature of Daley’s sexual preferences (he also said he “still likes girls.”). So countries that recoil from homophobic laws are still more than capable of displaying an excessive interest in what people get up to in bed.

In Britain, recent disclosures in rugby, diving and other sports are bound to make football look even more out of step in creating an environment in which gay footballers say they would rather not face the consequences of ‘coming out’ in such a potentially unsympathetic culture. While surveys suggest most football fans would think it irrelevant and make no issue of a footballer’s sexual orientation, the whole sport knows there would be abuse from the stands and on social media, as well as unease in some dressing rooms.

In the Olympic arena, America, which has navigated its own long struggles over same-sex marriages and state laws against homosexual acts, has seized its chance to cast Russia as a haven for bigotry and ignorance.

This week President Barack Obama named three openly gay sports stars to his Sochi delegation: Billie Jean King, the former Wimbledon champion, ice hockey silver medallist Caitlin Cahow and Brian Boitano, the 1988 Olympic champion figure skater who came out this week. No senior figure in the Obama administration will be in the Black Sea resort to mark the start of the Games on February 7. “The US delegation to the Olympic Games represents the diversity that is the United States,” claimed a National Security Council spokeswoman.

France’s president, François Hollande, will be another notable absentee in Sochi, along with the rest of his country’s political leaders, while his German counterpart, Joachim Gauck, has also elected to stay at home, though Britain’s sports minister, Helen Grant, will attend.

At the heart of international hostility to the Games is Russia’s adoption of a law prohibiting the dissemination of information about homosexuality (or “gay propaganda”) to minors, which prompted demands for a boycott of Russia’s first major sporting event since the fall of the Soviet Union.

Although political opportunism is apparent here, there is a wider sense that the battle against homophobia has entered a decisive phase. And given that sexual orientation was called “sport’s last taboo” in a BBC documentary made only three years ago, it is remarkable to see the subject attain such worldwide prominence, with the opposing forces eyeballing each other across a ski run. Obama has said medals won by gay or lesbian American athletes would “go a long way in rejecting the kind of attitudes that we’re seeing there [in Russia].”

Smelling a PR disaster, Putin, who hates being told what to do or think by the west, has promised visitors to Sochi a thoroughly modern experience, “regardless of their ethnicity, race or sexual orientation.” Yet this is the first time since 2000 that America has declined to send a President, Vice-President or First Lady. Obama meanwhile proclaims American “diversity, determination and teamwork,” with emphasis on the diversity.

King, whose sport has no obvious connection with winter Olympic pursuits, says she is “deeply honoured” to be part of the US delegation, adding: “I am equally proud to stand with the members of the LGBT [lesbian, gay, bisexual, transgender] community in support of all athletes who will be competing in Sochi, and I hope these Olympic Games will indeed be a watershed moment for the universal acceptance of all people.” The aim on display here could hardly be more ambitious. If “watershed moments” are a way to hurry the pace of change, with powerful global symbols, the problem of everyday, ingrained prejudice is harder to shift.

In rugby union, Wales’ Gareth Thomas and the referee Nigel Owens were able to declare their homosexuality without an adverse reaction from their traditionally macho sport, though Owens has revealed details of a suicide attempt, at 26, when he was struggling to accept his own sexuality.

Often we obsess about the public reaction without considering how it must be for the individual to confront such a significant truth, when social conditioning and pressures may have lent it a crushing weight.

Thomas also attempted suicide and hoped playing rugby would “turn me straight.” Telling his wife the truth about his sexuality presumably filled him with dread for many years.

Observed through this lens of personal freedom and social pressures, the issue becomes one of simple compassion and consideration; of acknowledging that no-one has a right to dictate to anyone else what their sexuality should be, so long as it obeys the law.

How close is football to embracing this simple truth? In Britain, no player since Justin Fashanu has come out” and carried on playing on these islands. In February, the American Robbie Rogers, 25, who had already parted company with Leeds United, announced he was gay and said staying in football would be “impossible.” He later changed his stance to join David Beckham’s former team, Los Angeles Galaxy.

As it to reinforce the point made by Thomas and Owens in rugby, Rogers said on his website: “Life is simple when your secret is gone. Gone is the pain that lurks in the stomach at work, the pain from avoiding questions, and at last the pain from hiding such a deep secret.”

Subsequent reports claimed that at least eight professional footballers had made contact with the Professional Footballers Association (PFA) to say that they were also gay but had chosen to remain silent for fear of the reaction.

Yvette Cooper, the Shadow Home Secretary, described the absence of gay footballers in Britain as “outrageous.” But the ground is shifting. This year Jason Collins of the Washington Wizards became the first active male professional athlete from a major American sports league to come out. This was arguably a more significant moment, historically, than Daley saying on his YouTube video: “Right now, I’m dating a guy, and I couldn’t be happier.”

In his inaugural address, Obama said: “Our journey is not complete until our gay brothers and sisters are treated like anyone else under the law – for if we are truly created equal, then surely the love we commit to one another must be equal as well.” More good news for Sochi is that NBC will call on the political expertise during its broadcasts of David Remnick, editor of the New Yorker and Russia specialist. Remnick was told by one Sochi activist, Anastasia Smirnova: “We can’t allow ourselves to be seen as people who are something less than human.”