In an interview with Outsports.com posted on Wednesday former NFL player Matt Willig said he is sure that he played with at least one gay player. He said that during his 20 years in the league he has seen a little bit of a shift on gay issues and that the majority of the guys he played with didn’t care about the sexual orientation of their teammates. After winning the Super Bowl in 1999 with the St. Louis Rams, Willig says another major accomplishment would’ve been supporting an openly gay teammate.

“I would have relished the opportunity to stand up alongside a player who came out while he was playing and say it doesn’t change a thing about how I feel about this guy.” 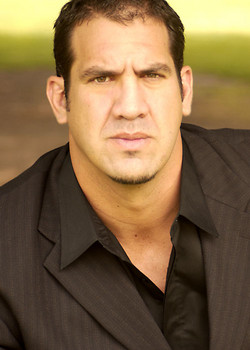 Athletes and sports executives have been in the news quite a bit over the last few weeks surrounding gay issues on both sides of the fence. In September former Pittsburgh Pirates owner and CEO Kevin McClatchy came out as gay after years of fearing public reaction and homophobic slurs. He stated in an interview with the New York Times that the baseball industry in particular didn’t provide an atmosphere where players and executives could be more open and stated that problems wouldn’t be solved without dialogue and right now there wasn’t much dialogue until Toronto Blue Jays shortstop Yunel Escobar was suspended in September for playing in a game with a homophobic slur in his eye black, a substance used by ballplayers below their eyes to reduce the sun’s glare. Boos greeted Escobar’s return sending a message that ignorance is not accepted and most fans of professional sports teams won’t put up with homophobia.

Although Escobar apologized and said he “didn’t have anything against homosexuals”, the communication McClatchy was speaking of at least opened up on the baseball field. In football, however, players like Brendon Ayanbadejo and Chris Kluwe have been in the headlines openly supporting gay rights and marriage equality with the backing of teammates and their organizations. Recently Matt Birk, Pro Bowl center for the Baltimore Ravens, stated his opinion against same sex marriage standing up for his Catholic values but also respecting his teammates support. Willig also grew up Catholic but differs from Birk.

“When you grow up in a Catholic upbringing, and the conservativeness of that, and I’m still a practicing Catholic, I struggled with how the Church stood on that. I also see the complete hypocrisy that goes on with the Church, and their stance on gays, and the things that go on with the Church.” Willig continued. “That was the struggle I dealt with.”

His ultimate choice was for individual liberty as he has known gay people all his life and recalled the Prop 8 debate in 2008 which tore him apart because he was born and raised in California and had gay friends mixed in with his Catholic upbringing. Willig has appeared in the NOH8 campaignshowing his support for same-sex marriage and delivering a message that there are players who will be accepting and supportive of gay athletes who are ready and willing to come out.

Matt Willig is currently acting and has appeared in numerous TV series and movies.

Out & proud: Former Pittsburgh Pirates owner reveals he is gay