New courses aim to kick out homophobia in British football 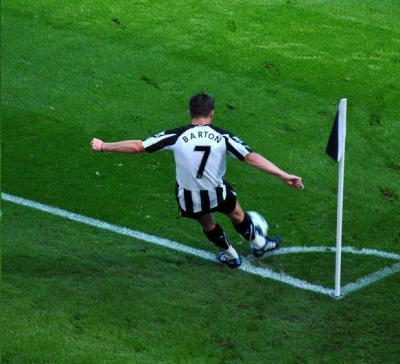 British football associations have launched ‘groundbreaking’ courses to encourage more lesbian, gay, bisexual and transgender people to get involved in the sport which has been marred by homophobia for years.

Working in partnership with Pride Sports, the governing bodies of Kent and Surrey soccer have announced training programs for LGBT referees and coaches.

The iniatives are part of the Football Association’s Opening Doors and Joining In program to tackle abuse of LGBT people both on and off the pitch.

‘One of the key parts of the plan is about taking positive action to be more inclusive and there’s an acknowledgement at the moment that LGBT people need a bit of encouragement to get into football, coaching and management,’ Louise Englefield of Pride Sports told Gay Star News.

She added: ‘It’s significant because it’s the first time the FA has specifically targeted LGBT people in this way.

‘It’s groundbreaking really and I suspect it’s probably the first time a governing body anywhere in the world has run something like this.’

Opening Doors and Joining In was launched in February. The FA’s six-point action plan outlined ways in which the sport will combat the increasingly high profile problem of homophobic abuse, both among players and fans, from greater education and raising awareness, to better reporting of abuse.

The football referee course is open to LGBT people across the UK and will run at the Kent FA offices in Aylesford on 17 and 18 November. To enter, email stephanie.gadd@kentfa.com or call 01622 792140.

To enter the Level One Football Coaching Course at Surrey’s Grafham Grange School from 26 to 30 October, click here.