A team from GaySurfers.net went to San Diego to shoot the first leg of the documentary about homosexuality and surfing.
We met about 40 gay surfers, surfed, BBQ and filmed a lot of great interviews.
We also went for a surf trip to Mexico with Robbins
We shot Robbins interview on a boat on the harbor and then we were at Sunset Cliffs shooting interviews of Jesse and Susie.
Thanks again for everyone that helped making this happen, you guys are awesome and we hope the documentary will show that!
It was so amazing to be San Diego and see the real spirit behind the online community. There are some really amazing people amongst the gay surfers and we feel so privileged to get to meet them! 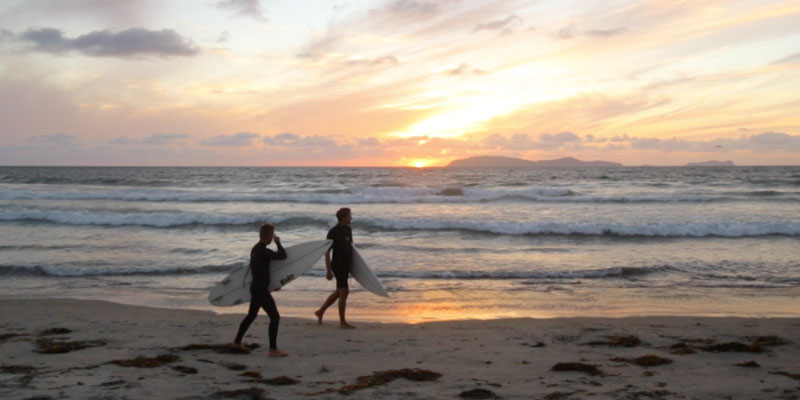